The steer-by- wire initiatives are part of a broader set of environmental and sustainable transport challenges that KTH and ITRL are working on. ITRL conducts its testing on a 400 kg research concept vehicle (RCV), which can carry two passengers and reach a speed of 70 km/h. Figure 1. Under a load of 1080N, the alternative motor required only 2.8A of current to achieve the required torque, keeping it well within its thermal limits to operate continuously. After almost 1000 seconds, the motor casing had reached only 45 °C with no signs of burning. After 23 minutes, temperatures rose to 50 °C, and there was still no burning. Verde calculated that the motor would reach a steady temperature of 80 °C at the winding when consuming 2.7A constantly, which was well within the motor’s specifications. This confirmed the feasibility of using the alternative motor for the steer-by- wire application.

Taking to the road

The alternative motor was not a drop-in replacement for the stock motor as it required drilling three new holes. New teeth pinions had to be ordered and machined to be adapted to the diameter shafts of the new motors.

The modified actuator was mounted in one corner of the car to test static steering performance using the testing cycle and controller. Teams tested the vehicle with no passengers, then one and two passengers. As seen in the figure below, with two passengers, the actuators used 1.5A RMS, which roughly corresponds to an output force of 600N in the actuator and can be maintained at a 100% duty cycle with this motor.

Figure 3: Results with 2 passengers on board.

The actuator modification delivered a high-powered system that met the improved performance targets and produced twice the force of its predecessor and greater responsiveness without overheating. The researchers believed that even higher forces (200 N at 5 amps, for example) were possible for short bursts, however, more extensive testing and analysis of the system would be needed to determine the mechanical safe limits.

Georén estimated, “It could be five years before steer-by- wire technology actually hits the street, with the first instances likely to be in industrial applications in which high manoeuvrability is important, such as forklifts and cargo carriers.” “Nonetheless, Thomson actuators have contributed to the creation of an important milestone. 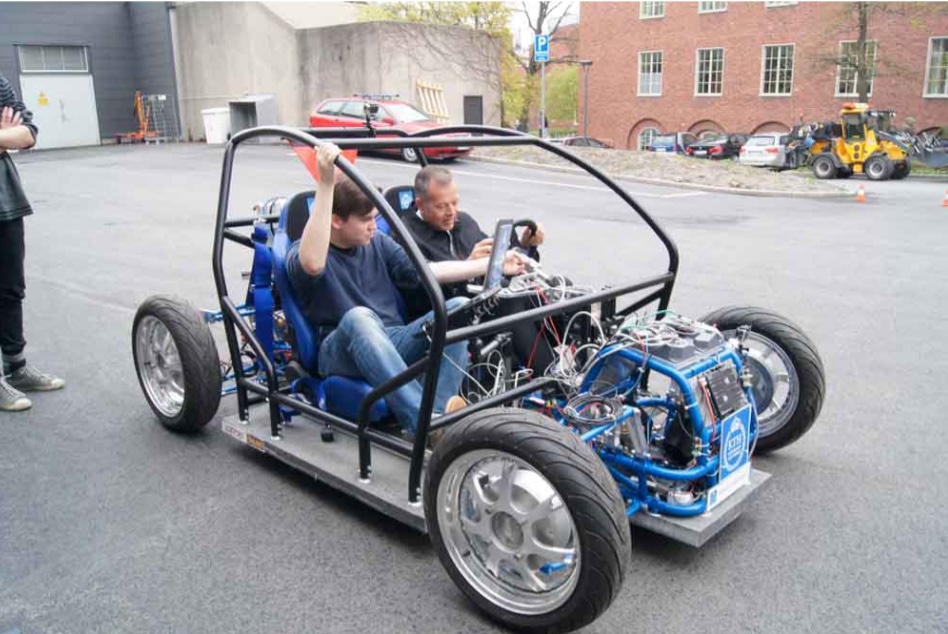 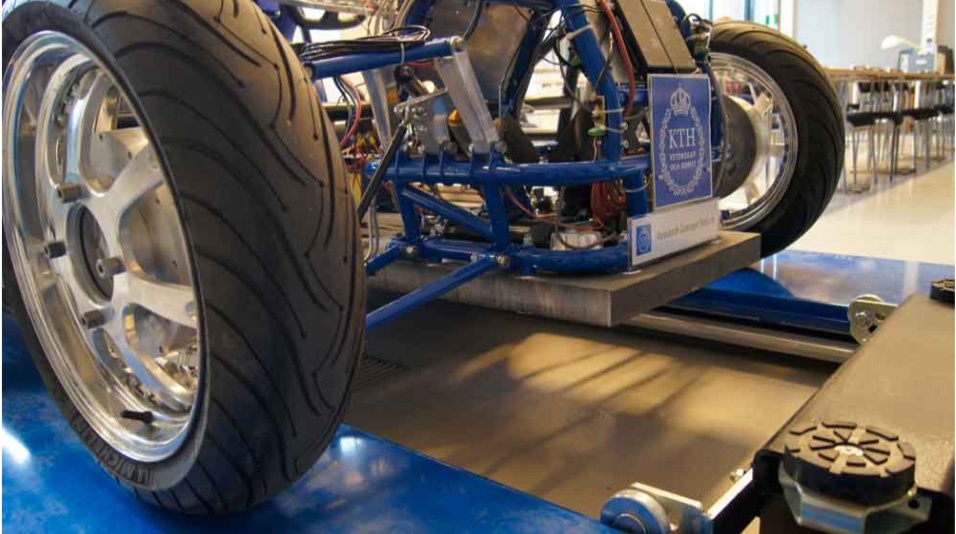