Motion engineering quiz: If you need to actuate a 500 kN axial load along a 1500 mm stroke, do you use roller screw or a ball screw?

If you reflectively said roller screw, you may not be familiar with high capacity ball screws as an economical and simplified alternative. Roller screws have been promoted as the only technology of choice for handling large loads when size is a constraint. But in actuality, advances in ball screw technology make special versions viable candidates for high load applications as well, and this is important because a high load ball screw is typically less than half the cost of a comparable roller screw at equivalent performance points.

A ball screw (Figure 1) consists of a threaded metal shaft with a nut that rides along its length as a motor rotates the shaft. The nut connects to a table, an arm or other load as determined by the industrial process that is being automated. Re-circulating ball bearings packaged within the nut contact the threads and provide the load-bearing path. The coefficient of friction between the mating components is very low which provides system efficiency, which is typically greater than 90%. The load capacity of the ball screw is then a function of the ball bearing diameter, number of ball bearings, and the surface contact area. The combination of these parameters then defines the load capacity of the assembly and therefore the resultant life of the components. For higher loads, design engineers have specified roller screws into many applications. In a roller screw, the load bearing mechanism is a set of recirculating rollers instead of balls. The rollers have more total surface contact area than balls, which increases the load carrying capacity and can also increase service life. But these benefits come at premium. Compared to the relatively simple, time-tested ball system, the roller screws require extensive upfront precision machining and more complex assembly. This contributes to the overall higher cost of the roller screw, as well as a larger footprint for final installation.

Thomson has developed a high load ball screw by implementing a unique thread form that increases load-bearing capacity four to eight times over traditional ball screws.  This gives the application engineer the option of deploying a ball screw in most any application that previously required a roller screw. Or, because the life of the assembly is a direct function of the load capacity (See Side Bar L10 Life Expectancy Calculation) using a high load ball screw in a low load application would extend the life of the product.

Predicting the Life of a Ball Screw Assembly

Bearings are often specified to give a "L10" or in some countries, "B10" life.) This is the life at which ten percent of the ball screw assemblies in that application can be expected to have failed due to classical fatigue failure or, alternatively, the life at which ninety percent will still be operating. The L10 life of the ball screw assembly is a theoretical life and may not represent service life of the assembly. It can be calculated according to the following formula:

Where:        L10 = Life expectancy (expressed in millions of revolutions)

Consider, an automotive equipment assembly application, which is running a load of 100 kN, 24/7. Based on the standard life calculation, the product may last 3-4 months according to the fatigue failure analysis and statistical life expectancy. Implementing a high load ball screw, however, would double the load capacity and yield eight times the life. So the manager of each production unit has the option of going for higher load capacity, longer assembly life or the combination of the best of both.

Taking another example, an injection moulding application might require 400 kN of force over 500 mm, for which a designer might traditionally specify a roller screw. But that high force is required only for maybe the last 10 mm, when the mould is being compressed. The user then is paying a premium for high load across the full stroke. By deploying a high load ball screw, though, the designer gets the needed power at the final 10 mm, while additional load bearing potential factors into extended life for the product.

The table above illustrates the advantage of a high load ball screw in an application that requires a minimum of 470kN of load capacity. A standard configuration ball screw is capable of providing a solution but is twice the diameter and costs 63% more. A roller screw is also capable but has a nut that is close to 50% larger at 150% the price of the comparable high load ball screw. 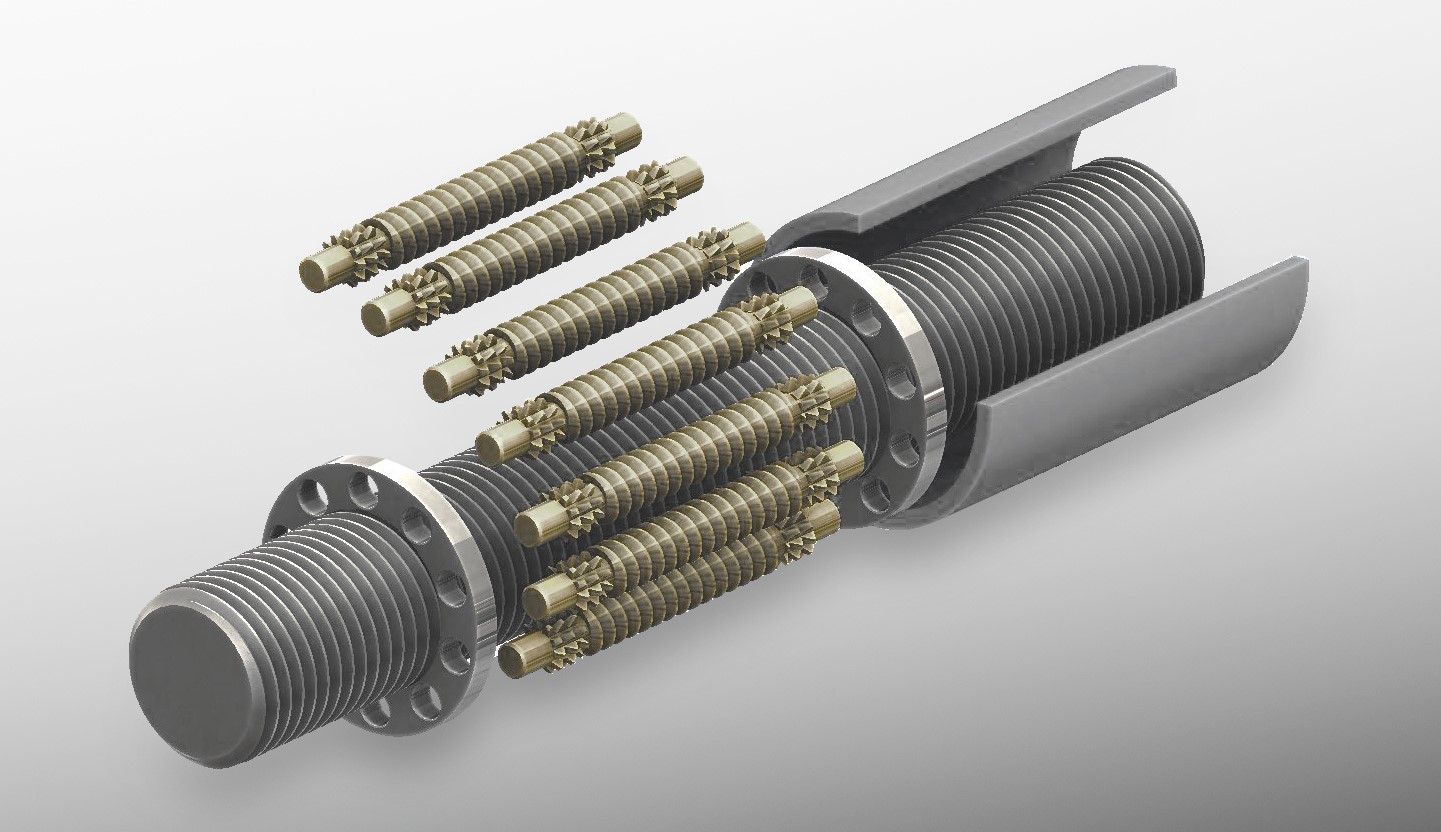